It is now three months since I stepped down from the Brent Council Cabinet and it’s been a real joy to have much more time to spend in Barnhill.

It’s been such a busy time and I don’t want to just rattle off a dry list of what I’ve been up to, so I’ve picked out three ongoing issues where I’d really welcome your thoughts. In my opinion one is great news, one is potentially terrible news – and one is somewhere in between. It’d be great to know whether you agree!

Let’s start with the bad news. I am absolutely opposed to Wembley Stadium’s bid to double the number of events to be held next year. The Stadium is integral to our local identity and heritage – but the new proposal is completely unacceptable.

The Stadium want to hold an additional 31 events, each with a capacity of 90,000 people. This will allow Tottenham Hotspur to play their home games at Wembley next year. Lurking in the background is the prospect of Chelsea doing the same in future seasons. 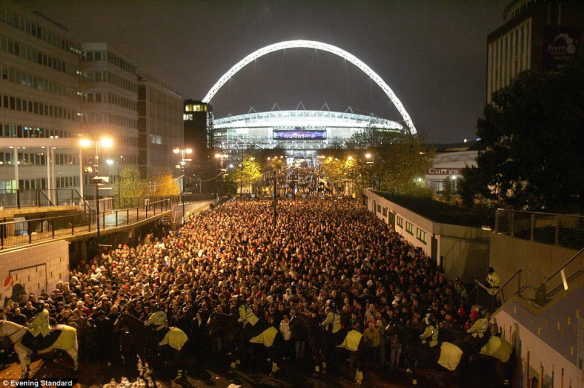 90,000 is the entire population of my home city of Lincoln. All of us who live in the shadow of the Stadium know about the gridlock, parking problems and antisocial behaviour on match days. These proposals will drastically worsen these problems – and for what benefit?

The Stadium’s glossy planning summary is a masterpiece of bureaucratic waffle. Amongst their sixteen commitments to the community are: “THFC will have representation on the Wembley Stadium Transport Operations Group, which is attended by transport operators and key stakeholders, including Brent Council” and “knowledge-sharing between THFC and WNSL; so that both understand THFC fan behaviour and potential issues and how Wembley Stadium operates on events days.”

In my opinion they are committing to anything and everything – provided it doesn’t cost them money or force them to change their existing plans. Take a look for yourself and decide whether I’m being too harsh.

To make matters worse the Stadium appear to have made it clear that if this application isn’t agreed, they will simply exploit a loophole to hold the additional events anyway – but will cap them at “just” 51,000 people. That will still be the sixth biggest crowd in the Premier League. The Stadium’s willingness to bulldoze this through makes a mockery of their stated commitment to work with the community.

And what do we get in return?

The Stadium claim that the additional events will benefit the local economy to the tune of £14.5m. Hum, really? Well my back of a fag packet calculations make that less than half a million per extra event – or £5 for every person attending one of the additional events. That’s about the price of one pint of lager in The Torch. One pint benefit, per person, per match. Sorry, but that’s not enough to make all the disruption worthwhile. Not nearly enough. And it’s not what Wembley needs either.

The Designer Outlet is already generating plenty of part-time, low-skill, zero-hour jobs in retail and hospitality – what we need are opportunities for our young people to access high-skilled jobs. We need career paths for our local youngsters to become engineers, designers and project managers. Are 31 more football matches going to attract these kinds of company to Wembley? If anything, the transport chaos will push them away!

So it’s thanks, but no thanks, from me – do let me know what you think.

A more encouraging story is the prospect of new affordable housing in Barnhill – providing it is built in an appropriate way.

Since the day I was first elected, far more people have contacted me regarding housing than any other issue. Families living in overcrowded conditions, people working full time but still unable to afford their housing costs, squalid conditions in privately rented accommodation: London faces a housing crisis.

The only solution is to build more homes. But where? No-one wants to lose greenspaces, we need industrial land to generate jobs and we can’t let London sprawl endlessly into the countryside. This leaves “in-fill” sites: small pockets of land in developed areas. And that’s exactly what’s being proposed at a couple of sites just off Preston Hill.

Myself and Cllrs Choudhary and Marquis can see both sides to this issue. On the one hand, these plans will deliver six desperately needed new Council homes. On the other hand, the proposed sites are in John Perrin Place: a quiet and peaceful community with many elderly residents.

With the arguments so finely balanced we are adamant that the views of local residents are heard loud and clear. So we arranged for the Council to have a consultation session and we knocked on every door in the area to encourage residents to get involved. 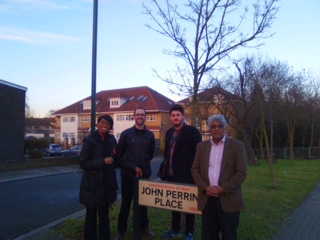 It was great to talk with so many people and currently I’m thinking that the huge benefits of the new homes outweigh the undoubtedly negative impact of the construction period – but I’d very much welcome your views before I commit either way.

And lastly, some really good news.

The Mayor of London, Sadiq Khan, has awarded funding for fifty new trees in Barnhill.

Like park benches and play areas, trees make a big positive difference to local areas. But recent funding cuts have taken a visible toll on tree replacement and maintenance. These new trees are therefore a really welcome step in the right direction.

Now we need to decide where to put them – so please get in touch with your suggestions.

I normally wrap-up with a “further afield” section reflecting on wider national and global politics. But I’ve already written quite a lot this month and I fear that if I get onto Brexit and Trump this enews might never end!

So I’ll just say that I completely understand the despair and anger which is so widespread at the moment following these seismic events. But we now face a new status quo and the onus rests on those of us who disagree with this new order to come up with something better.

In a democracy, the electorate are never wrong. It is those of us who believe in co-operation and compassion who have failed. We have failed to connect with people and we have failed to articulate our ideas to them.

I confidently believe that history will show both Brexit and Trump to be terrible mistakes. A backlash will come. But the Left will only be able to take advantage if we understand the anger that created these events in the first place. Personally, I am deeply saddened by Brexit and completely appalled by Trump – but now is a time for listening and for trying to understand.

Thanks very much for reading and please do get in touch on the issues in this enews, or with anything else I may be able to help with.