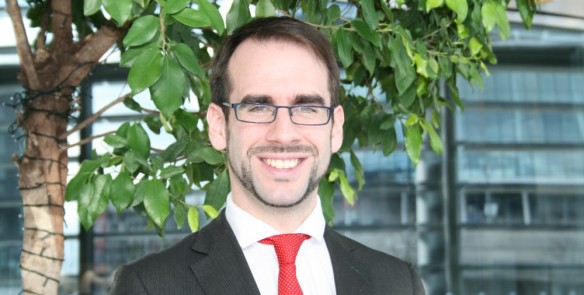 In last month’s newsletter I wrote about Brent Council’s budget. Shortly after I sent the email the Government announced £300 million of new funding in recognition of the immense pressure Councils are under. Excellent news! Perhaps even a sign that the Minister had listened when we met with him?

It soon became clear that there wouldn’t be a penny extra for Brent. The Government awarded the new money to Tory Surrey, Tory Hampshire and Tory Oxfordshire. In London it was Tory Barnet and Tory Richmond who benefited.

But not a penny extra for Brent. This truly was a nakedly political bribe to Tory Councils.

In the face of such cynicism we passed an open and honest budget.

The Council will do everything it possibly can to control costs and to operate efficiently. A new procurement strategy to squeeze every drop of value out of contracts. A new civic enterprise strategy to generate income from creative sources. And a long term investment strategy to lay lasting foundations for the future.

And we will use these strong foundations to protect our most priceless services. The services most of us never see, but which we all depend upon at the most vulnerable moments of our lives. Our fantastic Children’s Centres. The social workers who keep our young people safe. Home care visits which treat our elders with dignity and respect.

The Government has brutally cut our budget in half, so we can no longer do all this alone. So we openly and honestly asked residents to help share the load by paying on average an extra £2 per month in Council Tax.

You can read my speech on the budget here. I hope you agree with me that £2 extra per month is a price worth paying. But even if not, I hope you respect the honesty with which we have presented our position.

The single biggest cost saving in the new Council budget is on procurement.

The Council pays companies to deliver a vast range of services – from enforcing parking rules to rebuilding our schools. We believe we can save £8m by renegotiating some of these contracts, bargaining far harder when we re-tender others and by overhauling internal cost controls within the Council.

These savings will be delivered through our brand new procurement strategy. This strategy marks a completely new departure for Brent Council. For the first time procurement will no longer just be about companies delivering services in exchange for money. Companies will now also have to show how they will contribute to our community.

From supporting local SMEs in their supply chain to protecting our environment. And from offering employment and skills opportunities to giving users a say in how services are delivered.

This new procurement strategy aims to secure not just financial value from each contract – but also social value. It also contains specific provision to encourage more services to be delivered in-house by accountable Council employees, rather than by private companies.

This is a brand new approach from Brent and a rare opportunity for us both to do good and to save a very large amount of money.

In Brent we are all immensely proud of our diversity. But, because we are the most ethnically mixed place on Earth, when we say diversity we sometimes mean multi-ethnic. So it was great to celebrate a different strand of our diversity at the Council’s celebration of LGBT history month.

This was a celebration in the truest sense of the word with singing, outrageously hilarious jokes and something I’ve never seen before: street dance mixed with poetry. But behind the festivities there was a sobering reminder of the challenges we face before we have a truly tolerant world.

Incredibly 400 million people today live in countries where being gay isn’t just illegal, it’s punishable by death. If every gay person in these countries came out and was prosecuted, the slaughter would exceed even the Holocaust. This is just appalling and really must change.

It’s almost four years since I was first elected in Barnhill. The very first thing I campaigned on was the congestion and danger to pedestrians on the Forty Lane/Bridge Road junction.

It’s been a long slog, but I’m delighted that a comprehensive set of proposals is now being developed to sort out this danger spot. My colleagues Cllrs Choudhary and Marquis have worked really hard on this and the Barn Hill Residents Association, Ark Academy and the French Lycee are already involved in the discussions. I look forward to hearing everyone’s views in the full public consultation which will follow.

Encouraging news on another perennial local problem: dumped rubbish. We have just agreed a pilot scheme which will see uniformed officers patrolling streets with the power to issue on-the-spot fines to anyone caught littering. Hopefully this will catch some of the selfish people ruining our area – and will act as a deterrent to many more.

Another important change will ban shops from leaving their rubbish out on the streets throughout the day. As well as being unsightly, these piles of rubbish inevitably attract more fly-tipping. Under new rules the shops on Bridge Road and Grand Parade will only be allowed to leave their rubbish out for collection during a designated time in the morning, and another window in the evening. This should mean that our streets are free from rubbish throughout the day.

Earlier this month I was delighted to speak at a Parliamentary roundtable on child abuse arranged by Dare2Care and the brilliant Sarah Champion MP. The session specifically focused on my biggest political passion: the Early Years.

Most of the speeches focused on how to protect children under the age of five from child abuse. I took a different approach and talked about the unique role of the Early Years in breaking the intergenerational cycle of abuse. All too often abusers are replicating abuse which they themselves suffered. Evidence shows that our characters are developed in the first two years of our lives. If we can end neglect in these earliest years and replace it with nurture, boundaries and love – hopefully we can break the cycle of abuse forever.

I also spoke about how this won’t just happen. It will require high quality interventions. And these in turn will need to be delivered in accessible, inclusive family hubs. Sure Start Children’s Centres fit the bill absolutely perfectly. Which makes it even more scandalous that Government cuts of over 35% have forced the closure of almost a quarter of all Children’s Centres nationwide.

If you’re as passionate about the Early Years as me, why not come along to an event on the future of Children’s Centres which I’m arranging in Parliament on the evening of 18th April – drop me an email for more details.

I hope you found this a useful and interesting read. You can contact me anytime using the details below – or just pop along to our next Councillors surgery: 11-1 on the 2nd April in the Chalkhill Community Centre behind Asda. See you soon!