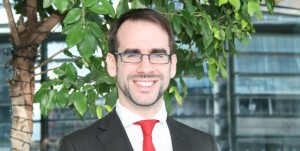 In my last update I wrote about the dark financial cloud hanging over Brent Council. I didn’t realise that it would burst into rain quite so quickly!

The Government is cutting Brent Council’s budget in half between 2010 and 2017. Last month I wrote that we were braced for more cuts in future years – but completely out of the blue the Government has now unilaterally cut our funding by another £1m for the current year. This is disgraceful.

It is extremely unprofessional financial management. Each year the Government awards Brent Council funding, which we then allocate and spend as prudently as possible. We monitor our budgets extremely closely and our expenditure forecasts were 99% on target – prior to this announcement. It is only a matter of months since the Government awarded us funding for the current year, now they are unilaterally seizing some of it back. It’s the equivalent of receiving a payrise, having it cancelled six months later – and then having to repay the increase. It is incompetent financial management.

And it will hurt. Inexplicably and outrageously the budget which the Government has chosen to pillage is Public Health. Until recently I was Chair of Brent’s Health & Wellbeing Board, where the Council and local NHS come together to improve the health of the local community. It was inspiring to see the sheer range of priceless activities covered by Public Health – from air quality to obesity and from dementia to dentistry.

The one thing that all Public Health initiatives have in common is that they aim to prevent, rather than cure. This means Public Health saves huge sums of money over time. This in turn makes it a ludicrous budget to cut. Brent Council will work hard to minimise the local impact of this disgraceful cut but sadly the long term burden will fall on the NHS. An NHS that is already reeling from a funding crisis.

On a more positive note, I was delighted to visit the Brent Sikh Centre as part of my tour of faith groups in the Borough. It was very rewarding to learn more about the Sikh faith: both what makes it unique and what common ground it shares with other faiths.

It was also a genuine pleasure to visit Preston Community Library and to see a thriving hub of activity. The committed team of volunteers there have done a superb job, offering ESOL classes, children’s activities, a film club – even a poetry group who fittingly were celebrating my home county’s finest (Tennyson, not Thatcher) when I visited. Long may it continue.

With the fantastic Motown team

One of my favourite things about being a Councillor is that in the summertime you get invited to lots of events featuring the brilliant young people of Brent. I loved hearing a fantastic bunch from NCS The Challenge promote their intergenerational project to get teenagers into retirement homes. But my favourite was Motown Comes To London Town. This musical production showcased some brilliant young talent, but also made some unexpectedly sharp observations about war and family. A great evening which a lot of people worked very hard to make happen.

Considerably less work went into my own preparations for the Brent Councillors cricket match! This was reflected in my figures of 2-0-16-0 opening the bowling, though I was pleased to hit three boundaries batting. Warm thanks to Cllr Choudry for organising this wonderful evening.

We have been rocked this month by the shocking news that Boris Johnson is considering sacking all the Police Community Support Officers in London. In Barnhill just three years ago we had a Police team of six Officers – that’s now down to just two.

These two Officers do a good job. But from rough-sleepers in Fryent Country Park, to antisocial behaviour in Chalkhill, to burglaries in the conservation area – there is simply too much for them to do. The thought of cutting the team down to just one is unthinkable, not least because our local PCSO is absolutely superb.

We urgently need Boris Johnson to reject this terrible idea. Myself, Cllr Choudhary and Cllr Marquis have all signed a letter of protest which will be the first step in a wider campaign. We want this to be a broad-based community campaign which transcends Party politics. So if you represent a residents association or community group and would like to get involved please let me know.

It’s now four months since Labour was roundly defeated at the General Election. That’s four months we should have spent listening to the 37 million people who chose not to vote for us. Instead we’ve wasted months on a never-ending, but rarely interesting, Leadership election.

I voted for Yvette Cooper as the candidate most likely to unite the Labour Party and land blows on the Government. This was exemplified in her decisive, practical and principled response to the refugee crisis. Jeremy Corbyn enriched the contest by providing a genuinely different perspective – but I believe his economic policies, whilst well-suited to 2008, are the polar opposite of what we need today.

Me with Yvette Cooper, my choice for Labour Leader

I’ve written in more detail about how I voted here and have critiqued Corbyn’s economic policies here. Now it really is time for the Labour Party to get back to listening to those who sent us such a clear message at the General Election.

Have a great September and please feel free to get in touch using the contact details below. Or come along to my next surgery: 11-1 on Saturday 3rd October in the Chalkhill Community Centre behind Asda. 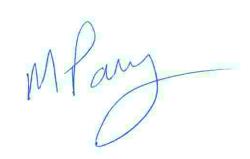