I worked the nightshift in the Walkers Crisps factory in Lincoln. We got a bit more at weekends, rising to £4.55 for the gruelling 12 hour Sunday night shift: 6pm till 6am.

This was fine for me: I was a student and just needed enough for a year’s worth of beans on toast. I also got a full grant and this was before tuition fees – but that’s another story.

I started at Walkers the same day as Steve. He had just had a baby daughter and I used to wonder how he could provide for her on £3.55 an hour.

Every Quaver in the world is made in Lincoln

Walkers was a pretty typical employer. Part of the Pepsi multinational, they had a small team of permanent staff and hired the rest of us from an agency on a weekly, or even daily, basis.

We had no job security. On the first day at work we were given our overalls and “invited” to sign a form opting-out of the EU working time directive.

This was a couple of years before Labour introduced the National Minimum Wage. Although the initial level of the Minimum Wage was disappointingly low, even at this starting level it still would have brought Steve and his co-workers over £100 extra a year.

It’s easy to forget how bitterly the Tories resisted the Minimum Wage in the 1990s. Far from their catastrophic predictions, it has seamlessly become part of the labour market and its value has risen steadily with minimal drama.

The Joseph Rowntree Foundation calculates that a single person in Britain needs to earn £16,400 before tax to have a “minimum acceptable standard of living”. To earn that on the Minimum Wage you’d have to work nine hours a day, six days a week, 52 weeks of the year. You can have Sundays off – but no holidays.

It’s not said often enough: even though we have a Minimum Wage, companies can legally pay people less than they need to live on.

This is an absurdity and a scandal.

Thinking afresh about how Steve provided for his baby daughter, I imagine he had to supplement his £3.55 an hour with housing benefit, council tax benefit, working tax credit, child tax credit etc etc.

The taxpayer picked up the bill for the fact that despite working hard, he was underpaid by his employer. 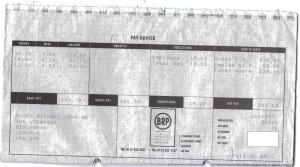 A lot of nonsense is being talked about benefits at the moment.

But the real benefits scandal is that the taxpayer is paying to support Steve in bringing up his family, because his employer pays him less than he needs to live on – which forces him onto benefits.

We have a massive welfare problem in this country. But it’s not the minority of scroungers, it’s the huge army of working people who have to claim benefits because their wages are so low.

Pay workers enough to live on and to raise their families. And make welfare a safety net based on contributions made from employment.

This is commonsense – but sadly it seems to be radical politics.

Which is why the Living Wage campaign is so fantastic.

The Living Wage campaigners have deliberately shunned traditional lobbying and instead have built a genuine grassroots movement based in communities and churches. By taking such a different approach they have brought a radical issue into the mainstream.

To see arch-capitalists such as Hermes Fund Management trumpeting their commitment to their lowest paid employees is an astonishing achievement.

But this remains the tip of the ice-berg. Five million British workers are paid less than the Living Wage. That’s one in five working people.

Almost 100 companies in Britain are now accredited as Living Wage employers. That’s almost 100 out of over 1,600,000 companies registered in Britain! And that’s excluding sole traders.

I’m proud that Brent Council is on the way to being accredited as a Living Wage employer – a signature policy of Council Leader, Muhammed Butt.

I’m even more delighted to have been appointed Brent Council’s Living Wage Champion.

We must carry the campaign to local businesses and show them the proven business case for proper wages. Studies show clear evidence of financial savings through increased productivity and reduced staff turnover. I’m really looking forward to working with businesses to roll out the Living Wage across Brent.

The Living Wage campaign has been tremendous in bringing this issue to prominence. Now we need to bring the national momentum to a head.

The Minimum Wage was a fantastic first step, but it is simply unjustifiable to allow employees to receive pay packets too small to live on. This forces them onto benefits which in turn erodes the incentive to work.

We need the Minimum Wage to be a Living Wage.

Raising wages would immediately reduce the benefits bills and I would like to see these savings used to cut VAT or the income tax personal allowance. This would ensure that if increasing wage costs led to a rise in prices, no-one would suffer a reduction in real wealth. 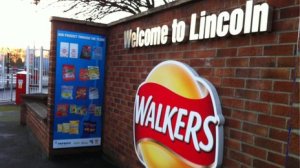 I don’t know if Steve still works there, but his daughter will be 16 or 17 now. Thanks to the Minimum Wage, even as a 16 year old she’s entitled to more than her Dad and I received as adults. By the time she’s 21 she’ll be earning at least £100 a week more than us for a 40 hour week.

This is real progress.

But it’s still not enough to live on … and that’s just wrong.

1 thought on “Shouldn’t We Be Paying People Enough To Live On?”