Ever heard of Chalkhill?

If the answer is yes, you’re probably thinking negative things right now. A postwar high-rise estate which degenerated into crime and decay. A postcode Pizza Hut won’t deliver to. Gangs.

These perceptions are absolutely, categorically wrong.

I’ve worked in regeneration for a decade and have lived in villages, towns and cities across the country. Never anywhere have I met a community as strong as Chalkhill. People are warm and friendly, they care about how their area is perceived.

This was on show at the Chalkhill Community Festival last weekend.

Staggeringly, over 700 people came along to participate in a range of fun activities.

Highlights of a great day included Olympian James Honeybone fencing with children, the ‘Raunchy Rockers’ dancers who were up to 80 years old and a group of Chalkhill Primary School pupils performing Gangnam Style. My personal favourite though was the brilliant Revolution street dance act from Poplar Grove. 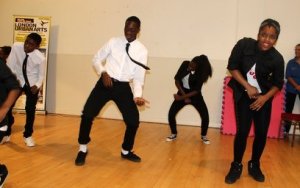 Congratulations to organisers Well London and all the volunteers. It was a great day which mirrored the best of Chalkhill: diverse, participatory and fun.

Estate regeneration is difficult. Even in really rundown areas, people are loath to part with their homes for redevelopment. And modern history shows that architectural masterplans rarely bear any resemblance to normal people’s lives.

When the old high-rise Chalkhill was redeveloped, the core of the community was preserved in the area. Vitally also, the regeneration provided a large number of family homes.

Quite frankly high-rise living is never going to be very popular in Britain. The vast majority of us would prefer a small home with a garden. And Chalkhill has these in abundance.

Chalkhill also has proper community infrastructure. A community centre, a youth centre, a primary school, a GP surgery, a Children’s Centre, two churches and a supermarket with a cafe and an enormous world foods section.

And the best is yet to come with the fantastic new Chalkhill Park opening in the Spring.

This is proper regeneration. Regeneration based around preserving and supporting the community, not using redevelopment as an excuse to gentrify and drive out established families. Proper regeneration is about people, not about holding down costs and maximising profits.

Proper regeneration doesn’t come cheap, so at a time of devastating budget cuts, and short-sighted cuts to housing investment, we are unlikely to see any more Chalkhills for a while.

But the community spirit on show at the Chalkhill Community Festival showed that proper regeneration is money well spent. 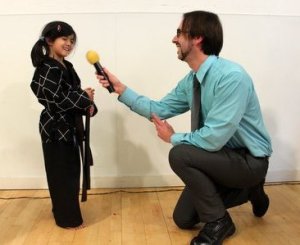 With Tae Kwon Do star Jenna, right after she threw a boy twice her size across the room

This is far more than just the warm fuzzy community of a fun day. Chalkhill has genuine community resilience.

Earlier this year the estate witnessed the tragic and senseless murder of Arron Payne. Passions ran extremely high. But there was no retaliation. Communities are tested in adversity and in the face of a horrific crime, the Chalkhill community stood together and refused to allow retribution.

None of which is to suggest that Chalkhill is perfect. Severe deprivation remains. Unemployment is rife. Poor health, especially poor emotional health, is widespread. The local housing repairs service is substandard.

But Chalkhill’s biggest problem is one of perception. Chalkhill is routinely looked down upon and even feared. It is still viewed as what it used to be, not what it is today. This is a complete injustice – but one that is easily changed.

Chalkhill is easy to get to: it’s right by Wembley Park Tube station; next to Asda Wembley and Brent Town Hall.  Keep an eye out for the opening of the new Park and come along. Or sign up for one of the wide range of activities at the community centre. Above all, take a fresh look at Chalkhill and give it a second chance.

The Community Festival showed that there is so much to celebrate about Chalkhill. It showed that whatever problems Chalkhill faces, it faces them with a smile on its face – and we can all learn from that 🙂 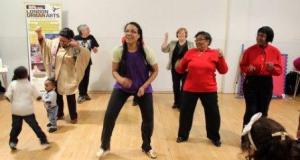